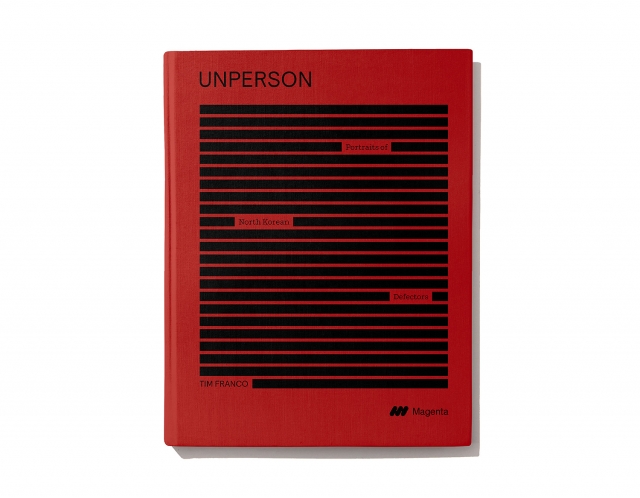 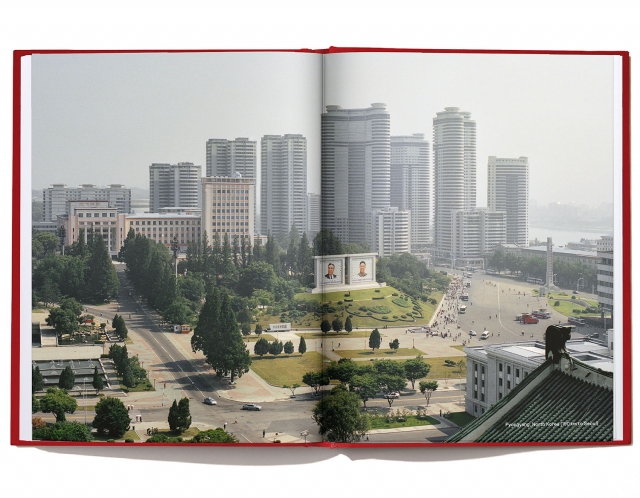 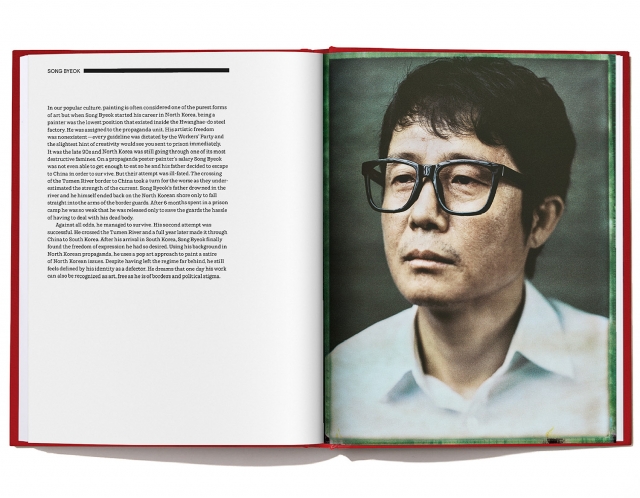 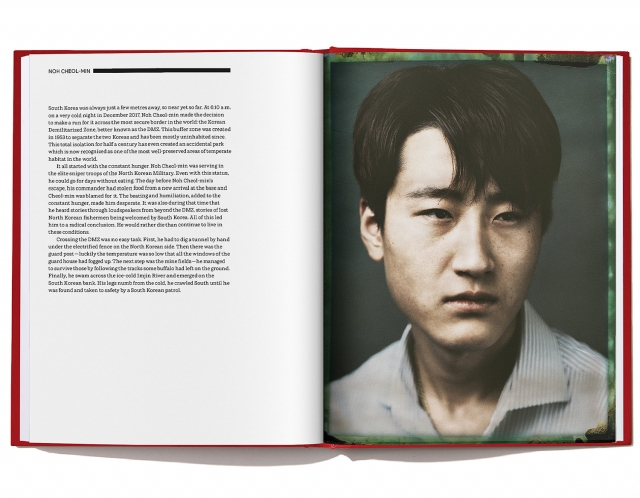 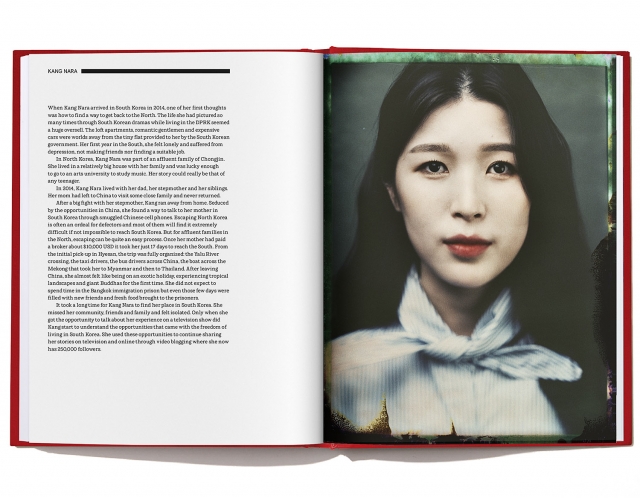 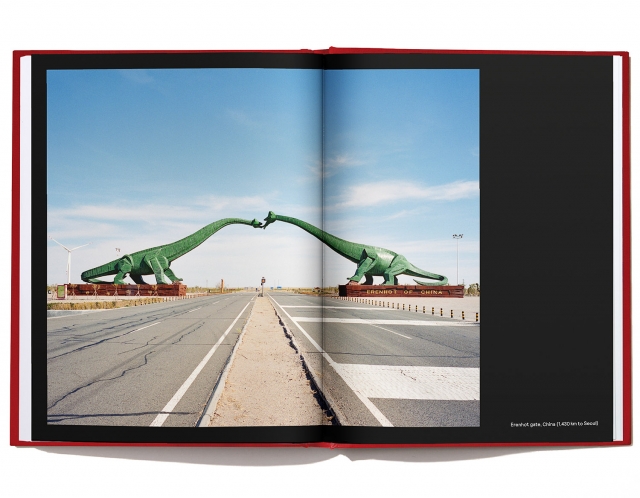 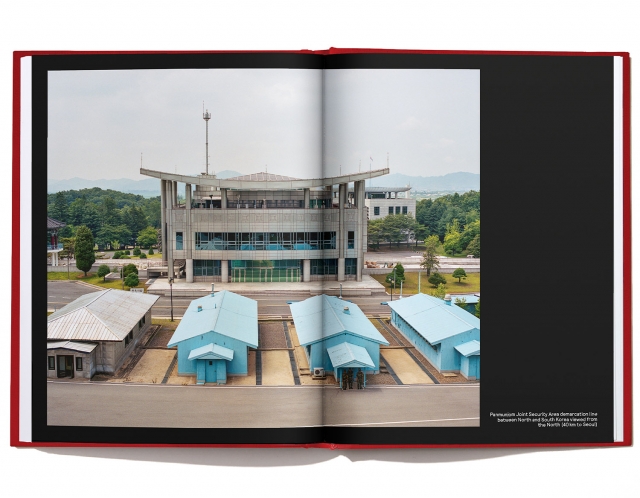 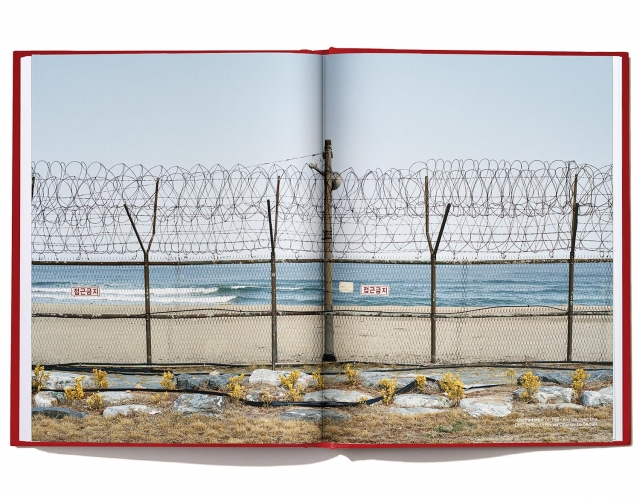 Unperson is one of the first photo books of North Korean defectors. The 15 intimate portraits and the stories of the brave people who decided to take that chance to flee to South Korea. The road to South Korea is dangerous and can take years with the many different borders of Mongolia, Laos, Thailand and China. The people fleeing are filled with the fear of being arrested and sent back to labour camps. Once they arrive in South Korea, they often struggle to find a new identity – lost between their North Korean past and South Korean future.

Tim Franco travelled to the crossing points, aiming to capture the diversity of landscape that is the background of North Korean defection. He chose to use an 8×10 camera with Polaroid film to capture each defector.

In George Orwell’s 1984, an “unperson” is someone who has been vaporized, whose record has been erased. As each defector begins their new life, they all start out as an unperson.

“Nine years  is the time it took Kim Eunsun and her mother to escape from North to South Korea. In the last moments of their incredibly challenging escape, they had to run through the most arid desert in Asia to reach one of the only places that recognized their status as refugees: Mongolia.”

“Lee Ga-yeon grew up firmly believing that South Korea was a poor country with no freedom or education. Upon her arrival in the South, she was shocked to find the complete opposite. Now she finally feels free to get the education she dreamed about as a child.”

About the artist
Tim Franco

Tim Franco is a French-Polish photographer born in Paris in 1982. In 2005, he moved to China and started documenting its incredible urbanization and social impacts while collaborating with newspapers such as Le Monde, Wall Street Journal and the New York Times.

In 2015, he published his first monograph, Metamorpolis, the conclusion of five years of work about the rural migration in the fastest urbanizing city in the world: Chongqing.

It is during this time that Tim developed his style of working mostly on analog cameras and trying to bring a minimalist aesthetic to documentary photography. While applying these principles Tim started to focus his work around portraiture and experimenting with different photographic processes to give a voice to underrepresented communities.

In 2016, Tim Franco moved to South Korea and started working on a long-term project about North Korean defectors. 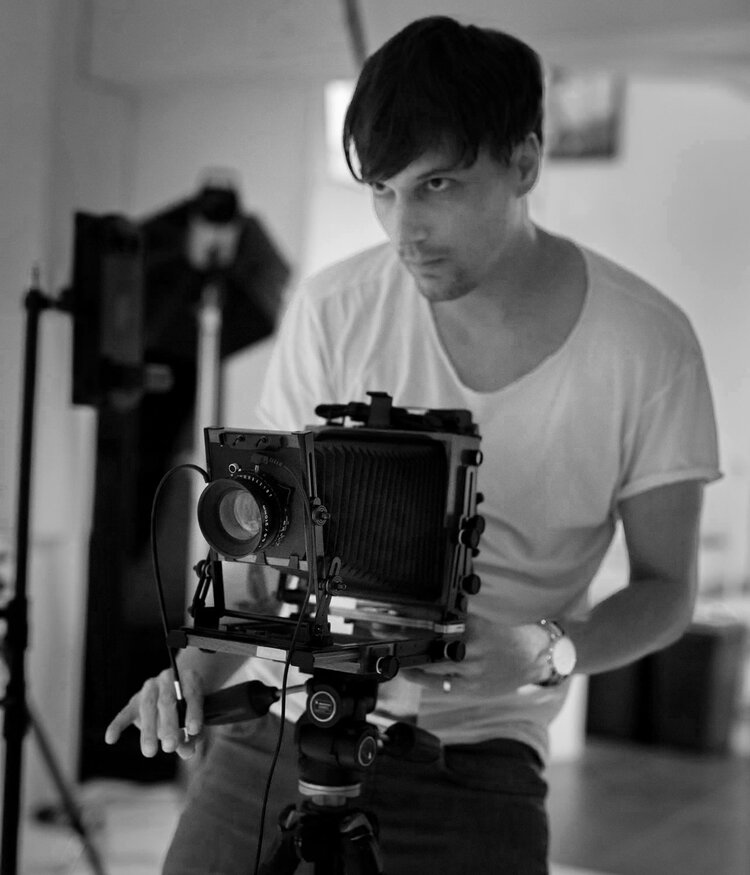 About the essay author
Sébastien Falletti

Sébastien Falletti is a journalist, author and speaker. Currently he is the China/East Asia correspondent for French daily newspaper Le Figaro. He has been covering the two Koreas since 2009 based successively in Seoul, Shanghai and Beijing and has travelled several times to North Korea.