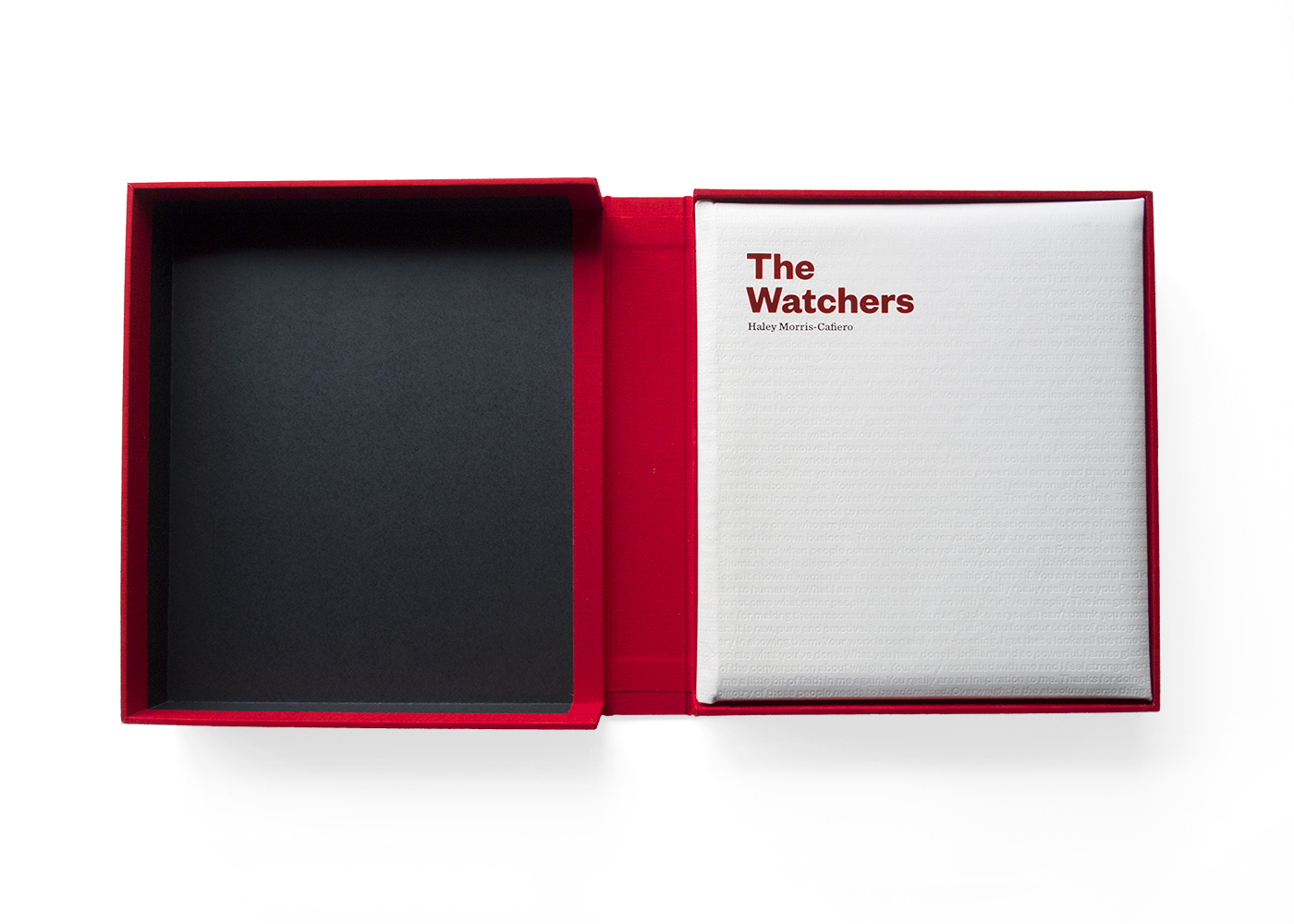 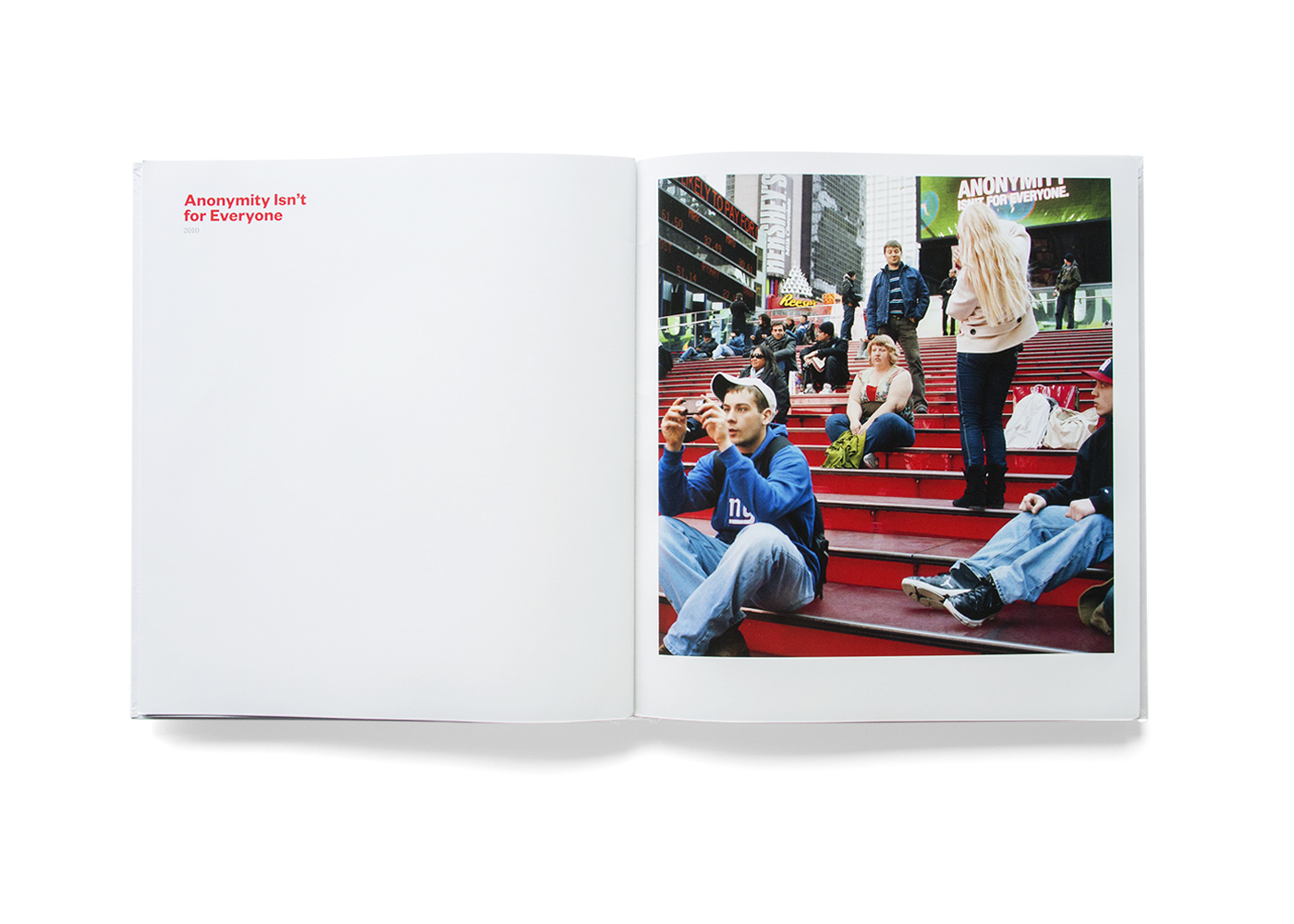 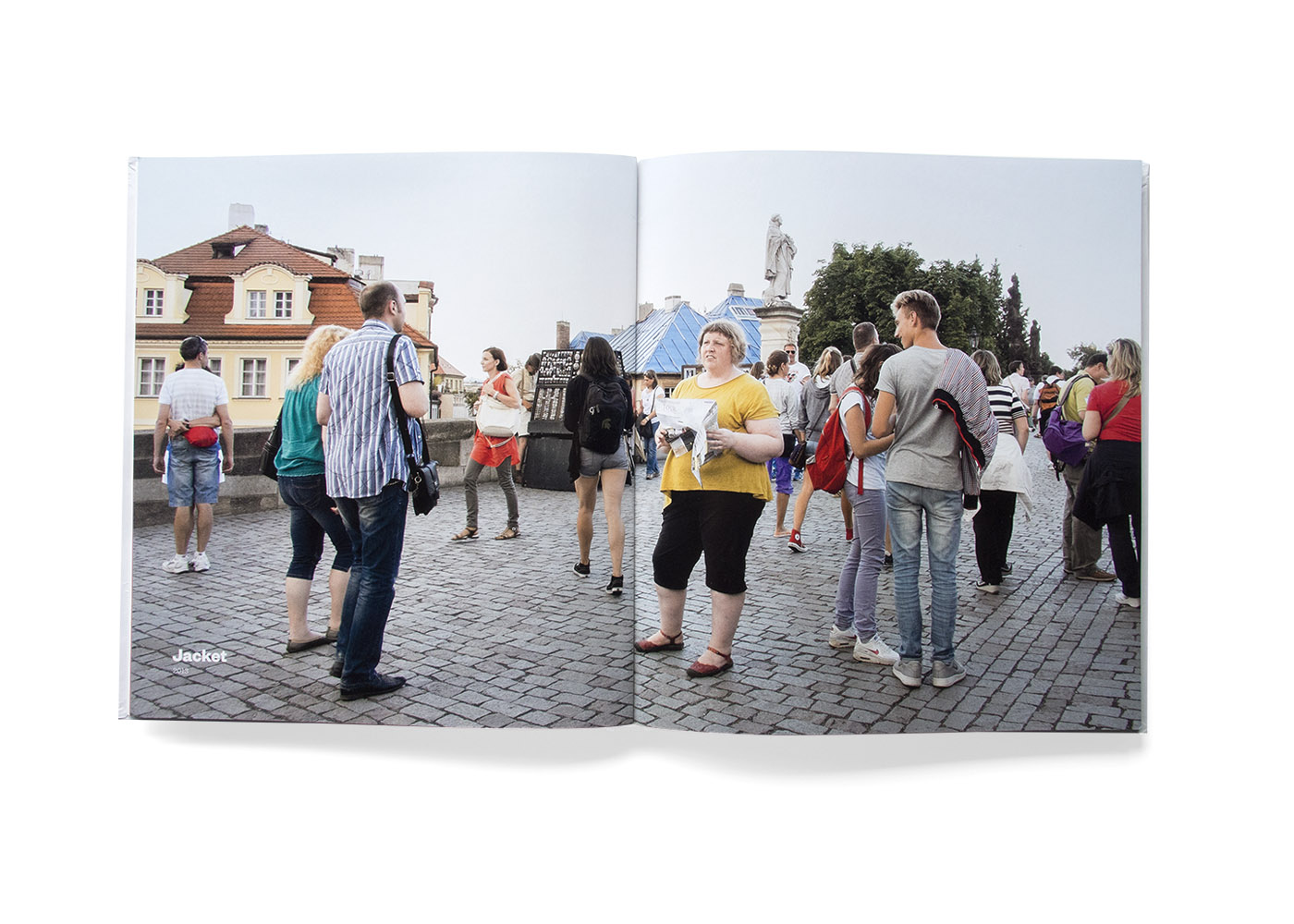 Four years ago, I started the Wait Watchers photographic series when I was taking a self portrait in Times Square. After I got the film developed I noticed that there was a man behind me and he appeared to be sneering at me. It intrigued me that even though we were in the sensory overload capital of the world and he is being photographed by someone, he was fixated on me. And then it happened 5 minutes later on the same roll of film. Since then, I have set up my camera for the purpose of capturing the expressions of passersby.

When I get home, I look at each frame to see if anyone in the photograph had a critical or questioning look on their face or gesture in their body language. While I do not know what the passerby is thinking, my goal is to reverse the gaze back on to the stranger and start a conversation. I am very interested in how society uses their gaze to project emotions and then how we interpret the looks of others.

In February of last year, a wonderful blog named Lenscratch published the Wait Watchers images. They were then published on websites all around the world. With the viral exposure came comment sections and blogs that hosted thousands of anonymous comments that said my life and, in the some cases, the world would be better if I lost weight and got a makeover.

“Page after page, this book cannot help but evoke what it feels like to be a walking target, subject to a cumulative barrage of not-meant-to-be seen, but nonetheless hurtful micro-aggressions.” —Marvin Heiferman

Haley Morris-Cafiero holds a BA in Photography and a BFA in Ceramics from University of North Florida and a MFA in Art from University of Arizona. She is an Associate Professor and Assistant Dean at Memphis College of Art. Her series of photographs, Wait Watchers, has been featured in over 50 articles all over the world and she has appeared on CBS This Morning and NPR to discuss her photographs. She has been nominated for the 2014 Prix Pictet and is a finalist for the Renaissance Prize. 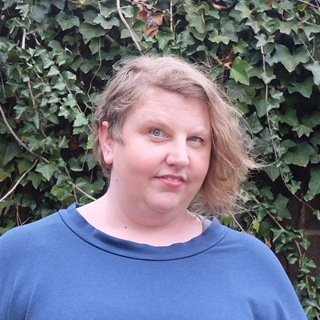 A television personality, renowned photographer and entrepreneur, Amanda de Cadenet has evolved her body of work with an intriguing perspective and uncanny ability to render the truth through the art of storytelling.

This past summer, de Cadenet hosted Undone with @AmandadeCadenet, an all-new live talk series that premiered on Lifetime. One of only two women on Late night at the time, the half-hour show explored the topics trending in pop culture and feature interviews with celebrities or newsmakers who joined de Cadenet to talk about everything that went down that week. Leveraging her die-hard social media following, de Cadenet engaged with viewers across all platforms, taking the conversations happening online live on-air.

She continues as the Executive Producer and host of The Conversation with Amanda de Cadenet. A television and online series that airs on TV in 18 countries, and aims to explore, nurture and empower the modern woman through thought-provoking discussions and candid interviews with notable female personalities. The show has a dynamic online community where women access behind-the scenes clips, thought provoking editorial content and engage in their own “Conversations”.

Beyond hosting her interview series, de Cadenet is a renowned fashion and portrait photographer who garnered critical attention as the youngest woman to shoot a Vogue magazine cover. Having photographed many of the most influential figures across pop culture, de Cadenet is best known for her intimate portraits of women which reflect her eye for true beauty from behind the lens. De Cadenet’s work can be seen in the glossy pages of publications like Harper’s Bazaar, Vogue, New York Times, Glamour, Rolling Stone and Flaunt as well as in her published ten-year compendium,Rare Birds, which documents and humanizes her encounters with a variety
of pop culture icons.

Originally from the U.K. de Cadenet currently resides in Los Angeles with her husband and three children.

Marvin Heiferman is a curator and writer who focuses on photography’s impact on culture and history in projects such as WHY WE LOOK on Twitter (@WhyWeLook 2012–present), Photography Changes Everything as part of the Smithsonian Photography Initiative (2008–2012), Fame after Photography at the Museum of Modern Art (1999), Talking Pictures at the International Center of Photography, andImage World: Art and Media Culture at the Whitney Museum of American Art (1989), and The Family of Man 1955–1984 at P.S. 1 (1984).

Heiferman has authored or edited over two dozen books about art, photography, visual culture, and cultural history. He is a contributing editor to Art in America and his articles have appeared in publications such as Artforum, Bookforum, Mousse, ArtNews, Aperture, and BOMB. He is a senior visiting scholar at the Center for Art, Design and Visual Culture at the University of Maryland, Baltimore County, and a faculty member of both the International Center of Photography/Bard College and the School of Visual Art’s MFA programs in photography.

The publication of this book would not be possible without the many supporters who contributed to the Kickstarter fund.

They Body-Shamed Her Online. Then This Photographer Struck Back.

ESPN: Watching 'The Watchers': The Conversation with photographer Haley Morris-Cafiero

CBC Radio: Photographer captures the dirty looks strangers give her

She Tried to Create a Dialogue About Fat-Shaming and Got Fat-Shamed. That Gave Her a Great New Idea.

This woman photographed people's reactions to her weight around the world

Photographing while fat: Turning the lens on those who stare

The face of fat-shaming: Photographer captures the stares of passers-by

“'I've accepted my appearance... others have not': Overweight woman reveals society's disgust at her obesity in powerful new photo series”

Woman Secretly Photographs People's Reactions to Her Body: The results of her experiment are jarring.

This article was shared by actor Zooey Deschanel with her Facebook followers. She commented “Very brave.”

Capturing a stranger’s sneer: What happened when I put on Spandex

She Was Just Trying To Take A Self-Portrait, But Caught So Much More

A Photographer Captures Strangers' Reactions To Her Very Presence.

This Awesome Photographer Turned The Camera Back On Her Fat Shamers

The Photographer Who Captures Fat-Shaming on Camera