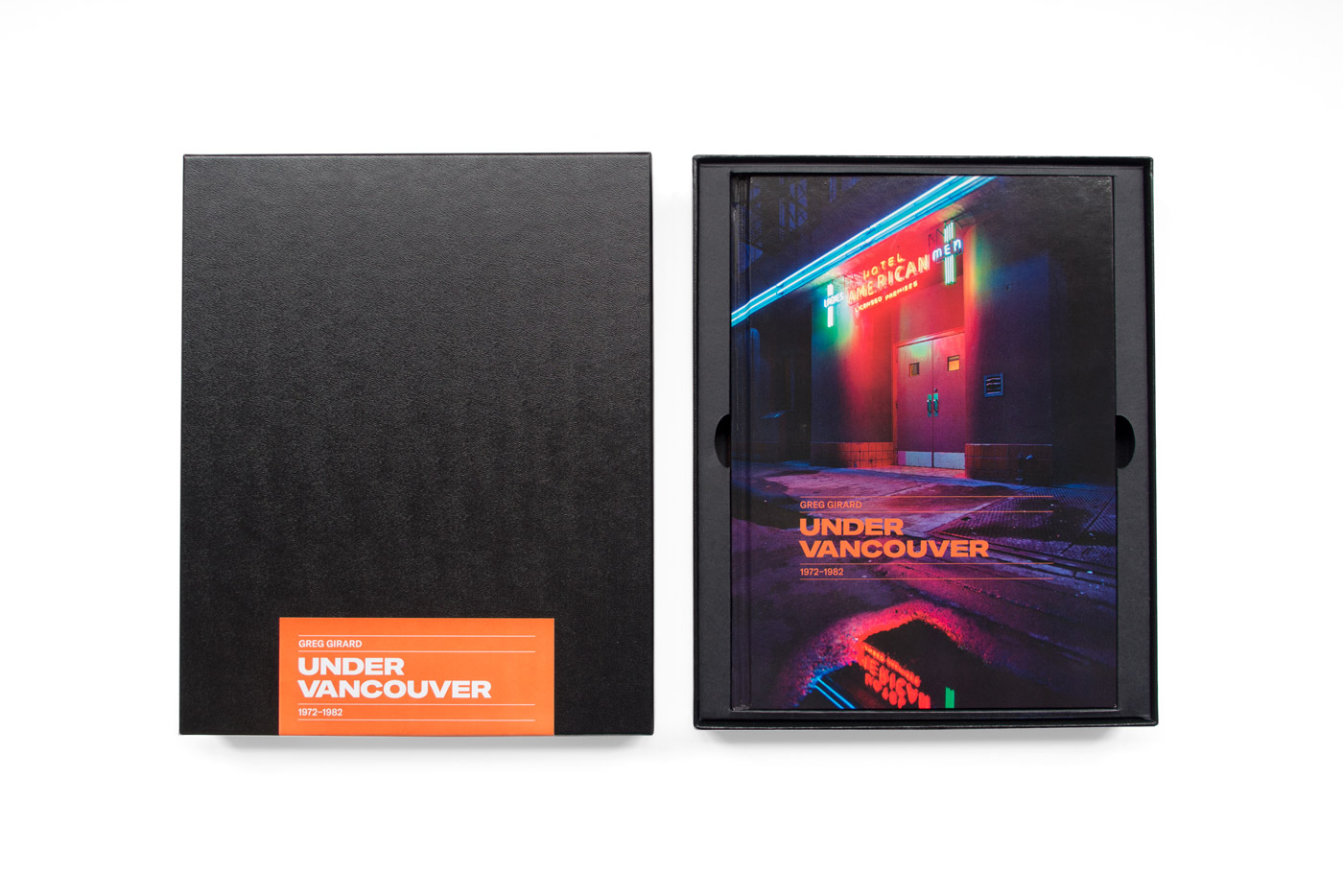 We’re so very pleased to announce the publication of Under Vancouver 1972-1982, the first comprehensive collection of Greg Girard’s early photographs of Vancouver. Made in and of the moment, a young photographer’s earliest engagements (often featuring the underside of the city), the pictures now form an unintended photographic record of a Vancouver that has all but disappeared. They reveal an early interest in the hidden and the overlooked, the use of colour film at night, and the extended photographic inquiry of a specific place, all of which became signature features of later books such as City of Darkness and City of Darkness Revisited (about the infamous Kowloon Walled City), Phantom Shanghai and Hanoi Calling.

From Greg: “When I started making these photographs, especially the pictures of people in the mid-1970s, I felt like I was photographing a world nobody knew anything about, apart from the people living it, of course. I was something of an interloper, but my youth protected me. It’s curious to consider these pictures now, practically unseen since they were made, in terms of a Vancouver they might have some potential to invent.”