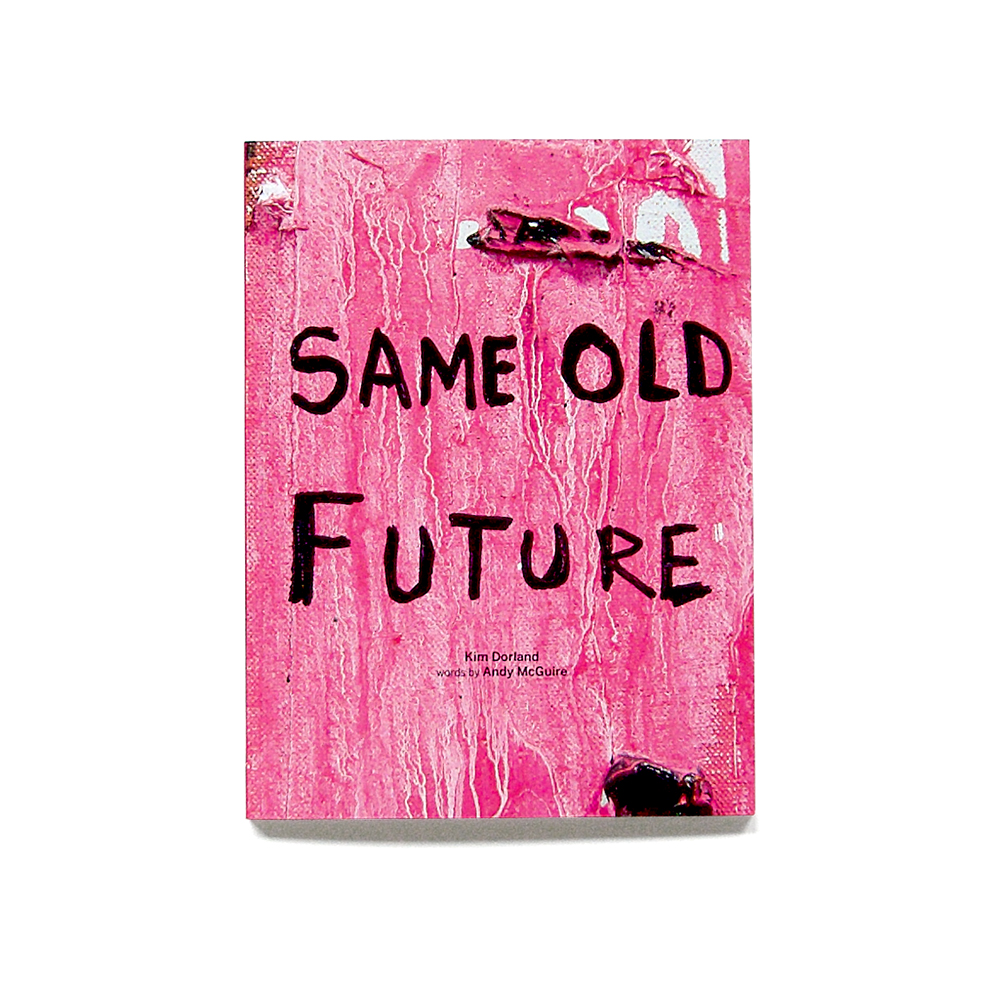 The Magenta Foundation and /edition Toronto are pleased to announce their latest catalogue, Kim Dorland’s Same Old Future, which is on now at Arsenal Contemporary in New York City.

“Same old future,” is among the declarations etched into the tree trunks which make up Kim Dorland’s forests. Skulls, phalluses, and nude women accompany these delinquent inscriptions – the kind of graffiti we imagine discovering on the walls of public bathrooms, polluting urban spaces and inhospitable domiciles, rather than inscribed on the edge of the forest. And so how does this thicket of woods become a returning point for the wanderer?

Dorland’s painted scapes are frontiers, warnings, thresholds. Scrawled in vivid colors, the wanderers’ forgotten proclamations point us away from an idealized natural world towards nature’s aggressive end. Dorland depicts, before all else, a passage from one stratum to another and, more specifically, the metamorphosis between urbanity and the ancestral forest.

You can buy the catalogue at editioneditions.com.